Mumbai: Journalist Rana Ayyub was stopped at the Mumbai airport while on her way to London based on a Lookout Circular issued by the Enforcement Directorate in connection with alleged money laundering case.

“I was stopped today at the Indian immigration while I was about to board my flight to London to deliver my speech on the intimidation of journalists with the International Center for Journalists. I was to travel to Italy right after to deliver the keynote address at the journalism festival on the Indian democracy,” the journalist tweeted.

“All these events with Dr. Julie Posetti, Doughty Street International and the journalism festival have been planned and publicized all over my social media for weeks. Yet, curiously the Enforcement directorate summon arrived in my mail much after I was stopped at the immigration. What do you fear?” she said.

I was stopped today at the Indian immigration while I was about to board my flight to London to deliver my speech on the intimidation of journalists with @ICFJ . I was to travel to Italy right after to deliver the keynote address at the @journalismfest on the Indian democracy

Ayyub has been summoned by the Enforcement Directorate on April 1 for questioning in connection with the case.

In February, the financial probe agency attached Rs 1.77 crore belonging to the journalist. She had allegedly set aside Rs 50 lakh from Rs 2.77 crore she had raised for relief work to open a fixed deposit (FD) account in her name, the agency had claimed.

The ED, which began a probe based on an FIR by the Uttar Pradesh Police, had earlier summoned Rana Ayyub on December 15, 2021 under the Prevention of Money Laundering Act (PMLA) as part of the probe.

Appearing before the ED, Rana Ayyub had said that the money in the FD account “was earmarked for a hospital but since the NGOs and elected members, they were reaching out to, developed cold feet due to existing government intimidation against her, it could not be done.”

The FD account was opened on May 19, 2020 as the world struggled with a pandemic that led to a global lockdown.

In her statement, Ayyub had pinned the new account on a bank manager, saying that “her bank manager, who knew she was working for a noble cause, suggested her to make an FD of Rs 50 lakh as the FD would earn interest and that would give additional money for the hospital”. The bank manager has denied all allegations.

Last month, Rana Ayyub released a statement saying, “Out of the total Rs 2.69 crore received, a total of 1.14 crore was utilized for relief work. Another 1.05 crore was levied and collected as tax by the Income Tax Department. The remaining amount, which comes to a little less than Rs 50 lakh, is also accounted for as I made a Fixed Deposit of Rs 50 lakhs for the field hospital, which I have stated above.”

Also Read: “You are having a radical ideology right from your childhood: PSA dossier against incarcerated Kashmiri journalist Fahad Shah

Incidentally, Rs 2,69,44,679 came into the accounts of Ayyub’s father and sister. However, the money was subsequently transferred to her account so she could use it for relief work, Ayyub had told the agency.

In September 2021, the UP Police lodged an FIR against her under the Indian Penal Code, the IT Act and the Black Money Act and accused her of illegally acquiring money from the general public in the name of charity. 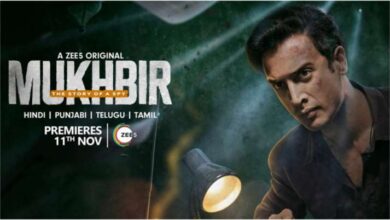