The Education Department of the Bihar government has been conducting Mid-term examinations for the students of classes one to eight, which continued from October 12 till October 18.

It came to the fore when the students of class seven were asked in their English exam: “What are the people of the following countries called ? One is done for you.” 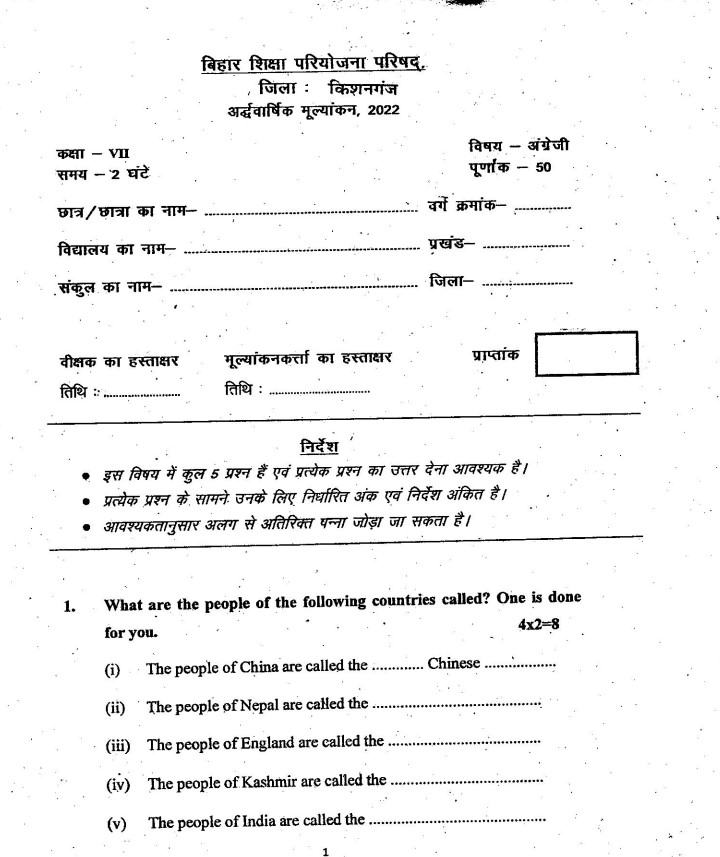 This question was allegedly asked to these students in Araria, Kishanganj, and Katihar regions.