Pakistani wives of Kashmiri ex-militants Monday once again appealed to the Government of India to deport them to their native land Pakistan.

Pakistani wives of former Kashmiri militants who returned from across the Line of Control under a rehabilitation scheme appealed to the government ahead of Home Minister Amit Shah’s visit to Jammu and Kashmir to send them back to Pakistan. 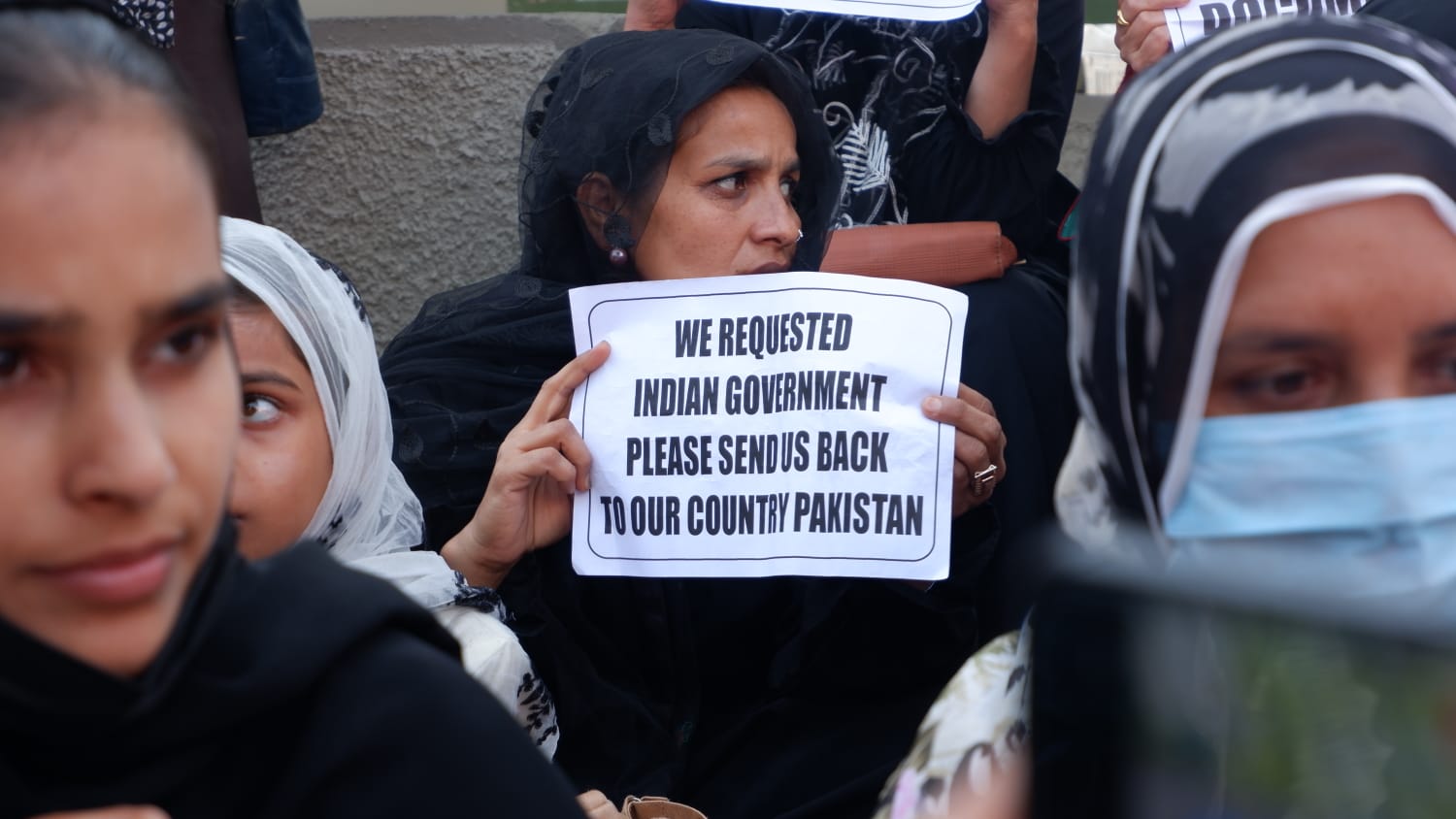 Scores of such women staged a silent protest in Press Enclave Srinagar. One of the protesting woman told news agency Kashmir News Trust that they are a total of 350 women and they should be given travel documents so that they can go back to their native country.

“There is nothing left for us here in Kashmir. We are being treated as second-class citizens as no citizenship rights are being given to us. We want to go back,” they said adding that they came here falling for the fake promises made to them.