The Polit Bureau of the Communist Party of India (Marxist) has raped the University Grants Commission Jagdish Kumar for advancing the agenda of BJP and RSS in the sphere of education.

“The Polit Bureau of the Communist Party of India (Marxist) strongly rejects the UGC chairperson, M. Jagdish Kumar’s letter to all Governors to “encourage” universities in their states to hold lectures on themes such as the “ideal king” in Indian philosophy, as well as, ‘Khap Panchayats’ and their “democratic traditions” to celebrate India as the “mother of democracy” on Constitution day on November, 26.”

This is in direct contravention of the framework of our Constitution, as well as, statutory provisions of the UGC Act as enacted by the Parliament. UGC has planned 90 lectures in 90 universities across the country.

The UGC chairperson’s ridiculous claim is that ancient India was unique because there was no autocracy or aristocratism. It is unbecoming of the UGC chairperson to make such an assertion which is a negation of the reality of Varnashram and the caste based social hierarchy that is a major challenge in the evolution of our modern democracy.

The UGC chairperson negates the Constitutional requirement of democratic consultation with the elected state governments in the sphere of higher education and has directly approached the unelected RSS-BJP appointed governors to pursue this agenda. This exposes the real objective of the National Education Policy of using education as an instrument for destroying scientific temper and rationality while undermining the foundations of our Constitution.

The PB urges all democratic organizations and individuals to join in demanding the immediate stoppage of this exercise. [KNT] 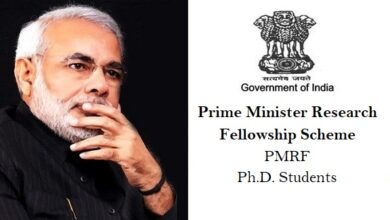