Director General of Police J&K Dilbag Singh visited Kishtwar today to take stock of the arrangements & security of the ongoing Machail yatra and chaired officers meeting to review the security scenario of the districts of Kishtwar and Ramban. He also took aerial survey of the far-flung areas of the Kishtwar district. He was accompanied by the ADGP Jammu Zone Mukesh Singh. He first visited Machail and was joined by SSP Kistwar Shafqat Hussain.

Interacting with the Police and CISF officers and Jawans deployed for the annual yatra, the DGP emphasized upon them to work in tandem for the safe and secure pilgrimage which is being held after two years. He stressed that surveillance be maintained 24×7 enroute pilgrimage and directed that security cover be spread over important places, including the “langars” (community kitchens). He directed officers to ensure that all the basic amenities and assistance be provided to the yatris in need. He said that J&K Police in perfect synergy with all sister agencies have so far successfully conducted the ongoing AmarnathJi yatra which is in its last stage and stressed for the same synergy among all stakeholders for the Machail yatra as well. He directed that quick response be provided for immediate assistance to the pilgrims as and when required. 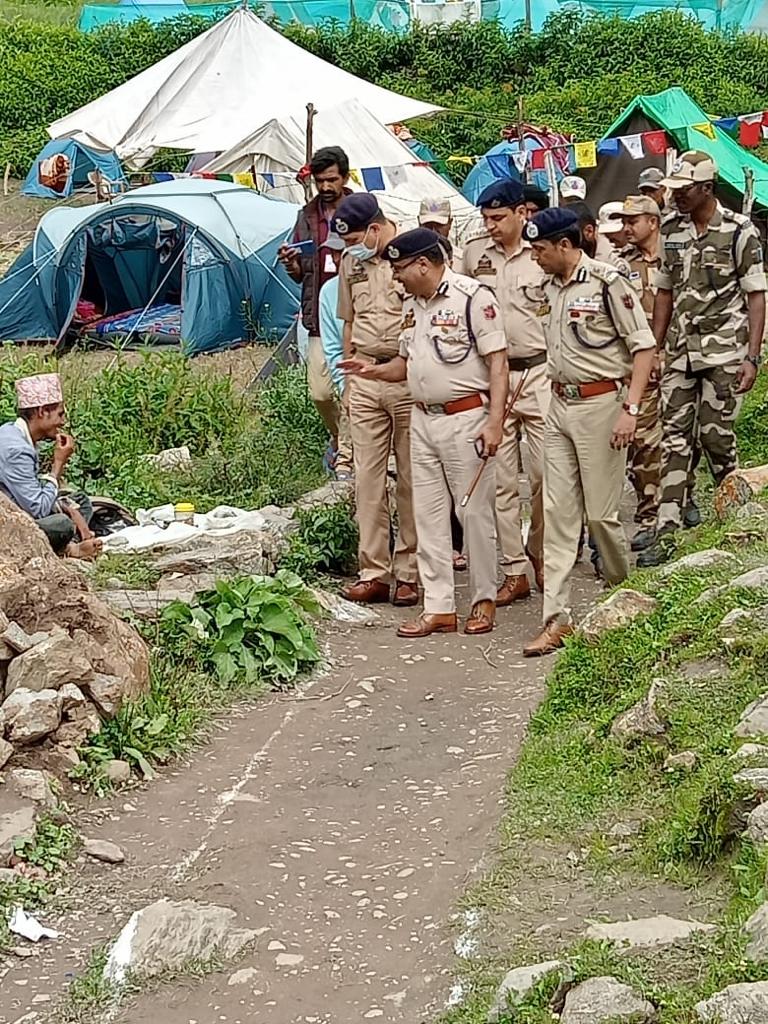 The officers of Police & CISF apprised the DGP about the measures taken for the smooth and secure yatra.

The DGP also interacted with the local people and gave patient hearing to their grievances. He congratulated them for their warm welcome & hospitality for the yatris. He assured them that all issues pertaining to Police will be sorted out on priority and those pertaining to administration will be conveyed to them.

DGP J&K along with ADGP Jammu paid obeisance at the Machail Mata temple and prayed for the peace and welfare of the people of J&K.

Pertinent to mention here that, the annual Machail Yatra started on 25th July and will culminate on 5th September 2022.

At the District Police Office Kishtwar, the DGP appreciated the good work of Kishtwar Police for maintaining peace & order in the district. He directed the officers to take stringent action against all those people involved in heinous crimes and those involved in drug peddling. He emphasized upon the officers to make adequate use of modern security gadgets/technology including CCTVs, drones to further augment the security of the district. He also directed continuing actions against anti-national elements. 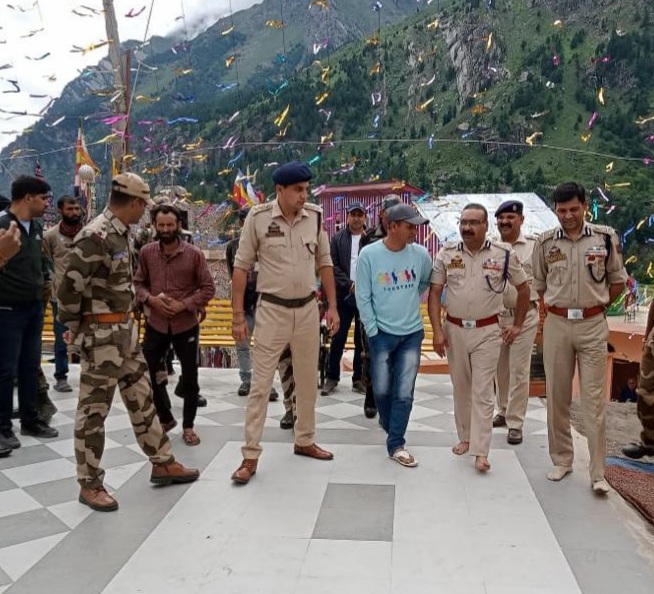 SSP Kishtwar briefed the DGP about the overall security scenario of the district and regarding the arrangements being made for the forthcoming Independence Day celebrations and festival of Raksha Bandhan.

DIG DKR and SSP Ramban apprised the DGP about the security situation and arrangements for the Independence Day of the range and district respectively.