A class 11 student of Sainik School Mansbal was hospitalized after allegedly thrashed in the name of ‘ragging’ by his seniors.

The victim student has been identified as Dilnawaz Ahmed Malik son of Zahoor Ahmed Malik, a resident Lagowpora village of South Kashmir’s Kulgam.

Aijaz Ahmed, the uncle of the victim student told news agency Kashmir News Trust that the ear of his nephew has been completely damaged. Displaying the ticket from SMHS Hospital, he said that they have been demanding school authorities should lodge an FIR against the guilty students whose previous track record is not good. 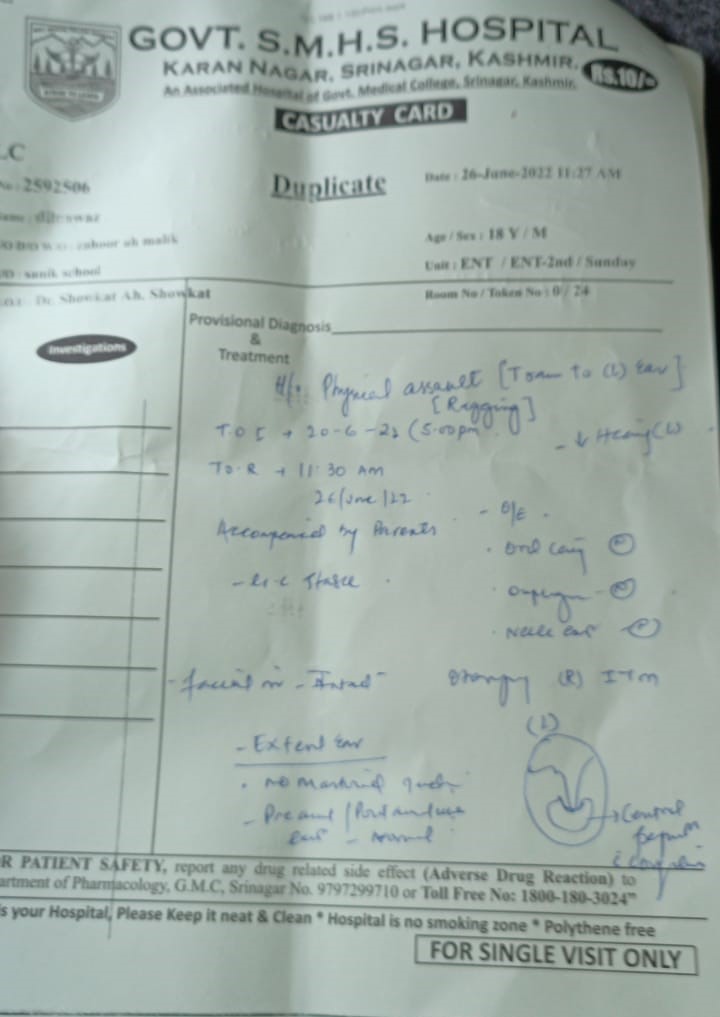 “The school authorities suspended three students and assured us that they will be terminated from the school. A committee has been constituted to probe the incident,” Aijaz Ahmed said.

Quoting his nephew, Aijaz said that ragging is a norm at Sainik School Mansbal and it should be stopped and strict action should be taken against seniors who harass their juniors.

The school authorities have promised that it will bear the medical expenses of the victim student.

“We are mulling to approach the police station but it will be better if the school authorities lodge an FIR against the three erring students who are known for their hooliganism inside the school,” he said.

Shaheen along with workers observes hunger strike: ‘People have no access to power corridors’